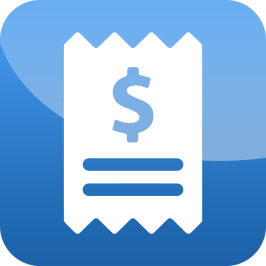 Is Cerner Edging Up On Epic?

Anne Zieger is veteran healthcare consultant and analyst with 20 years of industry experience. Zieger formerly served as editor-in-chief of FierceHealthcare.com and her commentaries have appeared in dozens of international business publications, including Forbes, Business Week and Information Week. She has also contributed content to hundreds of healthcare and health IT organizations, including several Fortune 500 companies. Contact her at @ziegerhealth on Twitter or visit her site at Zieger Healthcare.

At Verona, Wisc.-based Epic Systems, growth is a way of life. In fact, the EMR vendor now boasts a workforce of 9,400, which is estimated to be an increase of 1,400 staffers over the past year.

Not only that, Epic is confident enough to build cute. Its Campus 4, dubbed the “Wizards Academy Campus,” is designed to resemble the fictional Hogwarts school of Harry Potter fame — or if you’re academically-minded, England’s Oxford University. When completed this summer, Campus 4 will add 1,508 offices and 2,000 parking spaces to the Epic headquarters.

I could go on with details of the Disneyland Epic is making of its HQ, but you get the picture. Epic leaders are confident that they’re only going to expand their business, and they want to make sure the endless streams of young eggheads they recruit are impressed when they visit. My guess is that the Epic campus is being designed as a, well, campus speaks to the idea of seeing the company as a home. When I was 25, unique surroundings would have worked on me!

In any event, if I was running the place, I’d be pretty confident too. After all, if its own stats are correct, Epic software is either being used by or installed at 360 healthcare organizations in 10 countries. The EMR giant also reports that its platform manages records for 180 million Americans, or about 55 percent of the entire U.S. population. It also reported generating a not-so-shabby $1.8 billion in revenues for 2014.

But a little-noticed report issued by analyst firm KLAS last year raises questions as to whether the Epic steamroller can maintain its momentum. According to the report, which admittedly came out about a year ago, “the competition between Epic and Cerner is closer than it has been in years past as customers determine their future purchasing plans,” analysts wrote.

According to KLAS researchers, potential EMR buyers are largely legacy customers deciding how to upgrade. These potential customers are giving both Cerner and Epic a serous look, with the remainder split between Meditech and McKesson upgrades.

The KLAS summary doesn’t spell out exactly why researchers believe hospital leaders are beginning to take Cerner as seriously as Epic, but some common sense possibilities occur to me:

The price:  I’m not suggesting that Cerner comes cheap, but it’s become clear over the years that even very solvent institutions are struggling to pay for Epic technology. For example, when traditionally flush-with-cash Brigham and Women’s Hospital undershoots its expected surplus by $53 million due (at least in part) to its Epic install, it’s gotta mean something.

Budget overruns: More often than not, it seems that Epic rollouts end up costing a great deal more than expected. For example, when New York City-based Health and Hospital Corp. signed up to implement Epic in 2013, the deal weighed in at $302 million. Since then, the budget has climbed to $764 million, and overall costs could hit $1.4 billion. If I were still on the fence I’d find numbers like those more than a little concerning. And they’re far from unique.

Scarce specialists:  By the company’s own design, Epic specialists are hard to find. (Getting Epic certified seems to take an act of Congress.) It must be quite nerve-wracking to cut a deal with Epic knowing that Epic itself calls the shots on getting qualified help. No doubt this contributes to the high cost of Epic as well.

Despite its control of the U.S. market, Epic seems pretty sure that it has nowhere to go but up. But that’s what Microsoft thought before Google took hold. If that comparison bears any weight, the company that will lap up Epic’s business and reverse its hold on the U.S. market probably already exists. It may not be Cerner, but Epic will face meaningful competition sometime soon. 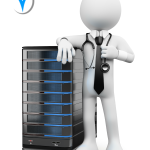 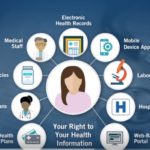 Video 2 Your Health Information Your Rights 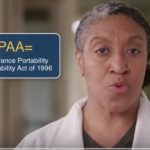 Video 1 – Your Health Information, Your Rights